A funny thing about grieving; when you're supporting everyone else who is, you forget to do it yourself.  Then it sneaks up on you.  And it sucks.

Heartbreaks aside, I'm finally getting back into routine a bit.  I actually have a video I need to film later this week.  I won this awesome-sauce planner in a giveaway and I promised a review of it.  So look forward to that, I'll post it here when it's up.  I'm hoping this weekend.  If you're too excited the video that had the planner give away is right here.  She's holding the exact planner I have sitting next to me right now.  First off, I never win anything so this is so cool.  Second, FAN GIRL SQUEAL! I got something from one of my favorite YouTube celebs. And third, it's really a cool planner.

Moving along.  Remember that year of weather scarf I mentioned?  Boom: 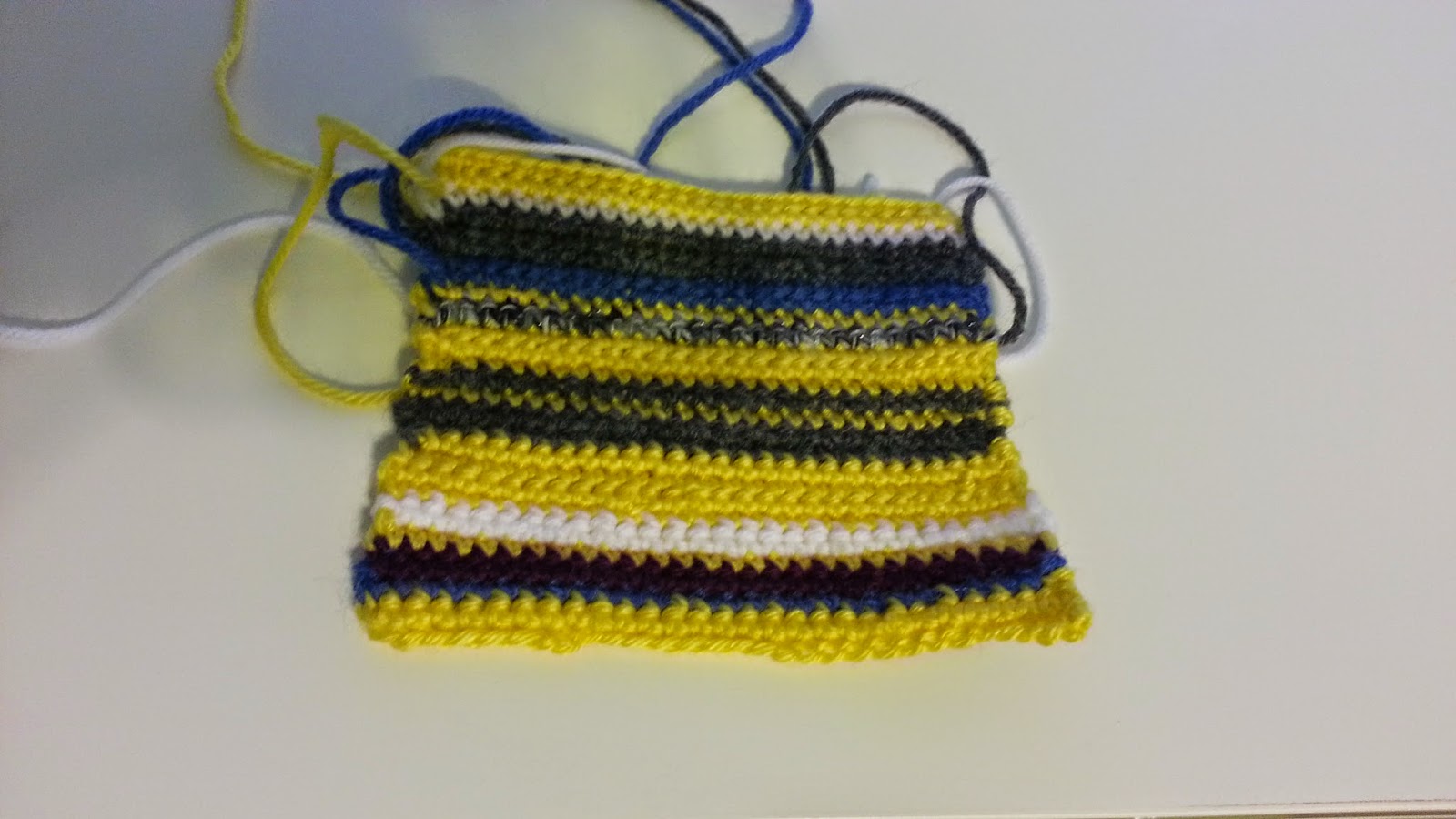 That's the first 27 days of 2015.  We've had more sun than I expected.  I'm sticking with it, adding my stripe every day.  When I was gone for a few days I made a note in my planner about the weather back home so I could catch up.  And I did!

I started another crochet project over the weekend, but ripped it back when I realized I didn't have enough yarn for it.  DERP!  I was using scrap yarn so I had no idea how much I had.  Answer; not enough.

Outside of that I'm just keeping myself busy with getting back into my workout schedule, keeping the house clean, and working.  And work is insane.

I'm hoping to post more here and more videos this year.  I hope that a lot though and it doesn't always happen.  But hey, the intentions are there.  :)  Anyway, enough of my lame excuses.  I hope everyone out there is well.  Much love!!
Posted by Theonlynikki at 2:45 PM