I wasn't sure if I'd get to this post or not.  Things have been really rough and no one around here's been feeling overly peppy lately.

First off, thank you for the well wishes, thoughts and prayer for Chris.  Unfortunately he's taken a turn for the worse and he's not expected to wake up.  He was making small progress, but all those moves forward are gone now and he's even regressed slightly.  We've been told if we want to say good-bye, now is the time.

I know a lot of you readers don't know Chris, but today's Friday Five is dedicated to him.  For my list today, I'm sharing 5 favorite memories of Chris.  And let me tell you it was hard to pick just 5.

1.  The greatest compliment ever.  We were both on a reading committee one year for script submissions to our theatre company.  We got one script in that I immediately fell in love with.  Chris hated it.  Really, really hated it.  We did it anyway because enough other people liked it, but he made no secret that he did not care for this script.  I ended up directing it.  After he came to see the show, he stopped me in the parking lot afterwards and said "Nikki, I eat my words.  That was one of the best damn things I've seen on that stage in there."  As a brilliant writer and director himself that I looked up to....this was like being blessed by the pope.

2.  Inappropriate moments with Josh.  I think their favorite thing to do was irritate everyone else at a party by either doing dueling Jimmy Stewart impressions, or pulling crap like this: 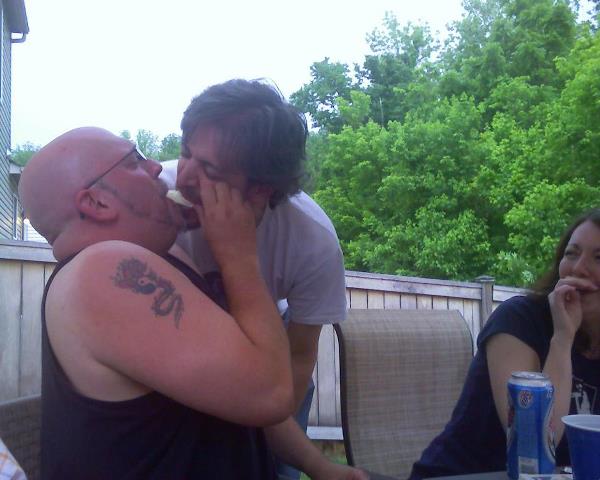 Yes, they ate that hotdog until their lips met.  Although usually they'd to this over someone's head or in front of their face.

3. Doing the splits.  For a large man, he had no qualms with doing the splits.  But he never just went "Boom.  Splits."  No, no, no that did not have enough flair for him.   It was a full act with yelling, posing, etc. 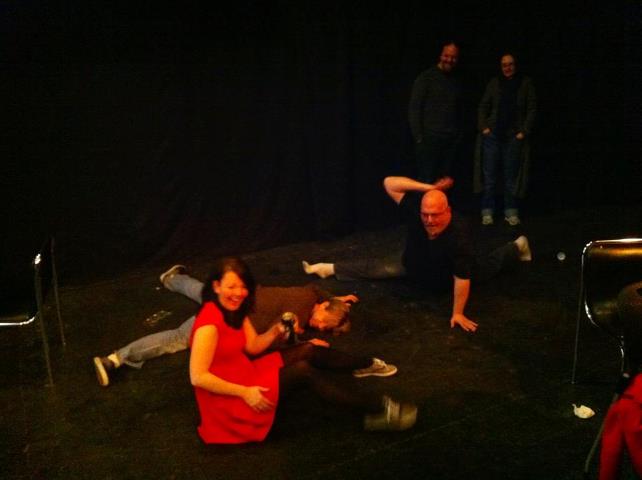 This was just a couple months back.  Theonlyboyfriend and I looking on as he poses in his splits and Stephen and Sarah attempt to do the same.  Although it appears Stephen gave up and laid down by this point.

4. His wedding.  Chris and his wife Tay have one of those passionate, beautiful and romantic loves you read about in books and see in movies. 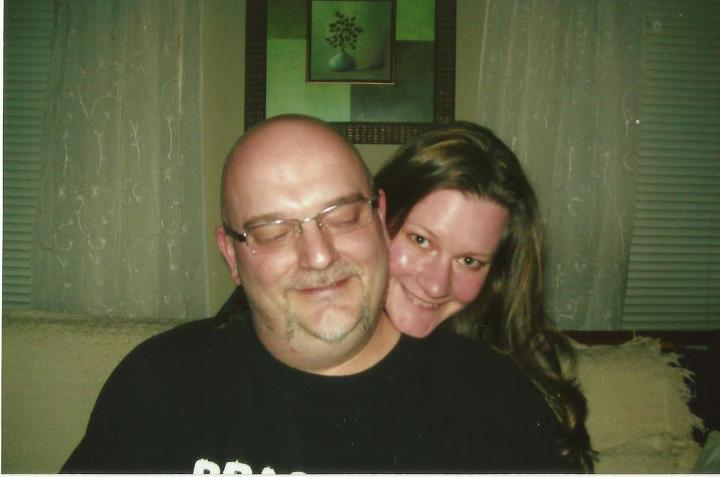 They love each other so madly and dearly.  For their wedding they let all of us at the theatre plan and execute the entire thing.  In 24 hours.  We pulled off an amazing wedding at the theatre itself and got to witness the union of this amazing couple.  My favorite moment was when they were cutting the cake and he started swaying back and forth singing "Happy whipped, I'm happily whipped!"

5. His astounding energy, comedic timing, and buckets of sweat on stage.  This man sweats more than any person I have ever met in my life.  But his energy and comedic timing on stage was something so few people can ever hope to achieve.  We uploaded one of my most favorite one act plays we have ever done.  Where he plays Theodore Roosevelt, and he and the other 3 presidents from Mt Rushmore take a vacation.  It's only 9 minutes long, you need to watch this.  I'm having trouble embedding this one, so Click here.

Cruz, you will be dearly missed and will always be fiercely loved.  Just seeing the sheer numbers of people that have been in and out of that room at the hospital has been humbling.

Thank you for humoring me with this diversion from my usual blatherings about crochet to honor one of my favorite people.
Posted by Theonlynikki at 2:48 PM