I was starting to think Friday would never get here.  Has this been the longest week EVER for everyone, or is it just me?  Bleh.

So, as I've mentioned by crocheting and a lot of my housekeeping has been sorely lacking as of late.  I'm blaming stress.  For having dropped theatre, I am still far more stressed out lately than I have been this year so far.  It's ridiculous.  I'm REALLY looking forward to camping next weekend with my folks.  I'm sad theonlyboyfriend can't come, but I'm so happy to be getting out of town and leaving it all behind for a bit.  And I am seriously leaving behind as much as humanly possible for this camping trip.  I reeeeeaaaaally need to unwind.

5 things that are stressing me out right now.

1) Work.  I try not to post too much about work on here for lots of reasons, so I won't go into details, but shit has really hit the fan this week and there is a LOT going on as it is.  It's been one of those weeks where I don't really get a break and barely have time to go to the bathroom.  Speaking of...::runs off for a moment::

2) Scripts.  I'm on the script reading committee for the theatre, and I need to read a LOT of submissions of full length scripts for our season next year.  If you're not terribly familiar with theatre or script reading it can be complex.  Not always, but it can be.  First off, it can take anywhere from 1-3 hours to read just one.  And when you've got 50 or so to read and only a few short weeks to read them.... it adds up.  There's also a lot to consider when reading a script, too.  I still have like 10 left to read but I have to have them read by June 1.  Then, we start round 2.  ::sigh::  I do this because I enjoy it, obviously, but it can be really daunting.  and it's taking away from hook time!!  ;)

3) Money.  When does this not stress anyone out?  (Oh wait, the 1% couldn't have a care in the damn world, but I'll keep my opinions on that out of this.)  Regardless, things have been a little tight at home recently, but they're finally on the upswing.  So, the stress on that is easing, but still there for now.

4) A certain person.  I can't go into details, but there is a person that is in my life, not by my choice that has made my life a complete and utter living hell for...well as long as I've known her.  And increasingly so in the last couple of weeks.  If I did not HAVE to interact with her, I promise I would not.  I waste so much time and energy avoiding her negativity and constant annoyance that it drains me physically, emotionally, and mentally.  She turns me into a person that I don't want to be.  Angry, bitter, resentful and...angry.  I know, it's all in how you react, etc.  If it was just me I'd worry more, but everyone I know who deals with this person feels exactly the same.  I think she's trying to slowly drive everyone insane.

5) Just knowing I'm missing out on things I'd rather be doing.  This is why I put of theatre for the year, if not longer.  I want to do all those things I've always wanted to do.  and for the most part I've been doing them.  It's just recently since my schedule has picked up and I'm busy again, that I'm not having time for things again.  I guess I'm spoiled since the first few months of the year were so relaxing for the most part.

Wow, just writing all that out helped me quite a bit.  I've been a calm person for the most part but when things pile up and up and up to the point that I get buried, it's really hard to keep myself up.  I've kind of been a wreck for the last couple weeks.  I humbly apologize if that has shown.  I should be back to my old self next week.  And then after my camping trip I should be much more relaxed.

I hope everyone else is well.  Remember to take care of yourselves no matter what.  Much love and happy weekend to you all!!

P.S.  Just took a lunch break and spending an hour looking at this: 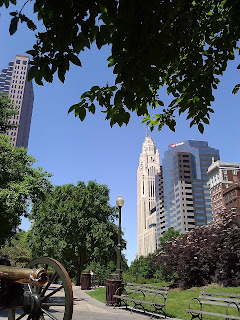 Posted by Theonlynikki at 11:45 AM