Oh, where to begin?!  I guess at the beginning.

Friday, I decided to take a half day off in the afternoon to get some things done.  But I had such a god-awful morning that I just went home and took a 2 hour nap instead.  Then, Brendan and I headed off to CD101's Summerfest!  (Evening of all sorts of bands) Closing with....CAKE!!!  One of my most favorite bands EVER!  It was a absolute blast.  We ran into one of our favorite bartenders too and got to sit with him and his girlfriend.

Then we came home and passed out.  I got to sleep in a bit on Saturday, but we got up and went to breakfast at TeeJays.  Yum!  Then off to the Franklin Park Conservatory!  I took tons of photos.  (See those here)

Here's a couple to wet your appetite: 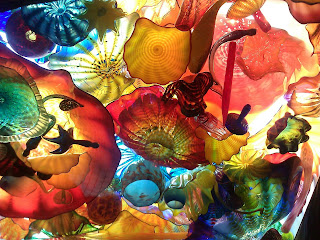 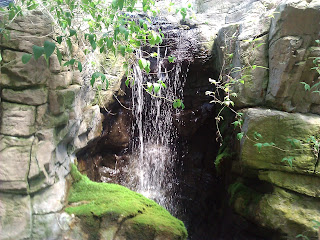 THEN!  We had free tickets to go see Funny Girl with the Capa Summer Movie Series at the Ohio Theatre!!!  One of my most favorite movies/musicals!!  I finally got to see it on a big screen.  A big eventful day for almost no money.

So that was my totally awesome and filled weekend.  I hope everyone else did something wonderful this weekend.
Posted by Theonlynikki at 6:47 PM