Ok those two projects I mentioned on Wednesday WIPs that I said were almost done?  DONE!  And here they are:


The Elise Shawl, for my Crochet Diva CAL: 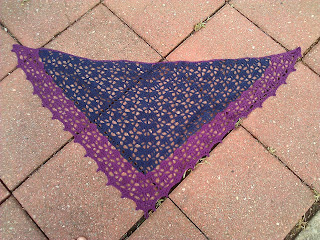 The details looks so intricate, but they're so not.  It was such a simple pattern with very easy pattern repeats.

Then, my split wrap: 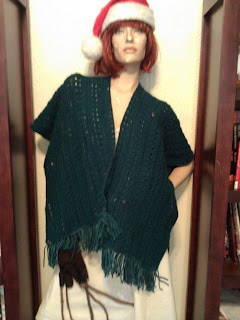 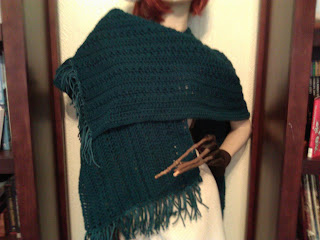 This was inspired by a co-worker.  She has this wrap thing she wear all the time and I love the way it looks.  So I borrowed it from her to see if I could re-create it in crochet.  (Her's is just fleece)  I realized when I looked at it that it's just a square with a slit up the middle, like this: 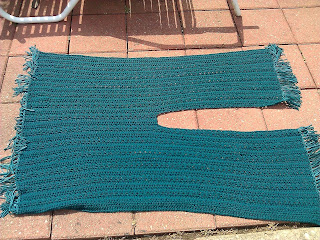 Yup, that's all it is!!  It was impossibly simple to make, it just took some time because of the size.  This was that super bulky I wound by hand from the hank.  Heh. 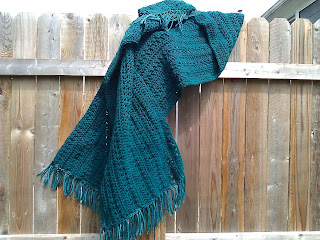 Posted by Theonlynikki at 2:17 PM